Katy Perry Ranks The Sexual Prowess Of Her Exes

Find out who was Katy Perry's best lover.

Katy Perry has been overwhelmingly honest about her personal life recently and now she's even gone so far as to rank her ex-boyfriends in terms of love-making. You can probably guess who came out on top - to give you a clue, it won't help her heal her relationship with Taylor Swift. 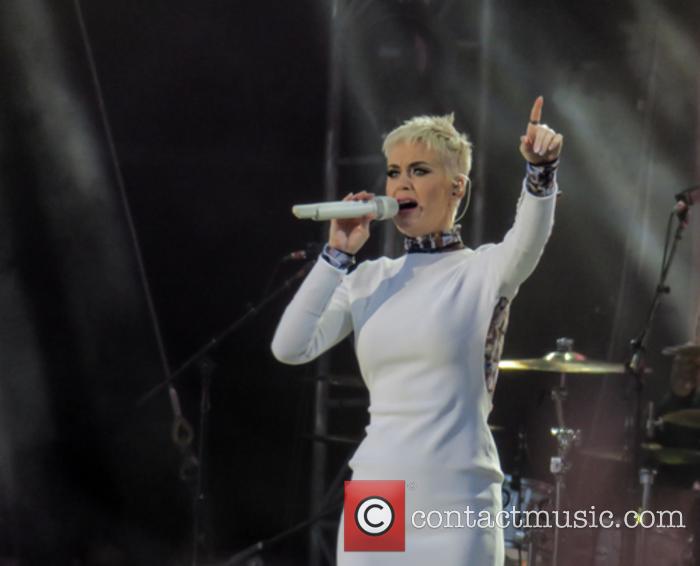 The 'Bon Appetit' singer did a 72-hour YouTube livestream over the weekend and decided to go ahead and talk about a few of her ex-boyfriends. Following that, she decided to answer a VERY personal question about her love life on 'The Late Late Show' yesterday (June 11th 2017).

'From best to worst in bed, rank John Mayer, Diplo and Orlando Bloom', James Corden told Katy during a game of Spill You Guts or Fill Your Guts. Faced with otherwise eating a 1,000 year old egg as a forfeit, Katy gave in in the end.

'No!' She screamed, and then... 'They're all amazing lovers and I would have sex with all of them after I get out of this place.' It took James' help for her to finally admit that John Mayer was the best lover, with Orlando Bloom in second place and Diplo in third ('There's a reason why people become DJs', said James).

'Nobody will have sex with me now!' She wails.

She also appeared to confess to sleeping with Josh Groban, to James' shock, before insisting that he was 'the one that got away' and they were just 'good friends'. Nonetheless, what would be interesting would be to see where her ex-husband Russell Brand fits on the list, given that he is a famous for his sex addiction, not to mention her ex before him Travie McCoy.

Katy is currently single after splitting with 'Pirates of the Caribbean' star Orlando Bloom earlier this year following just over a year of dating.