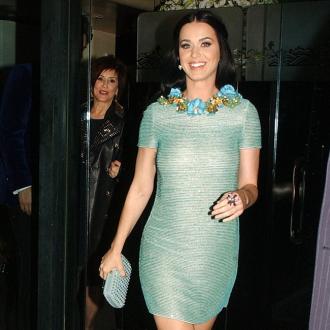 The 28-year-old 'Wide Awake' singer joined her parents Keith and Mary Hudson, as well as her older sister Angela, to celebrate the release of her brother David's new single 'Chained' at Bootsy Bellows nightclub in Hollywood on Thursday night (21.02.13).

A source close to the 28-year-old star told E! News: ''Katy is so proud of David. She was screaming out her support and had a really great time. It is a very supportive family.''

David previously admitted he was very happy to gotten the seal of approval from his famous sister, who was ''amazed'' when she heard his first song.

He said: ''She was amazed, and she doesn't know that I know this, but Katy was saying, 'My first song was not half as good as that!' It's just kind of cool to see my sisters' reactions. I look up to them and I love them.''

Katy's boyfriend John Mayer was not present, however the couple have been spending a lot of time with her family recently and they are said to be very ''comfortable'' with him in comparison to her ex-husband Russell Brand, who she divorced in December 2011 after 14-months of marriage.