John Mayer will not appear on Katy Perry's new album. 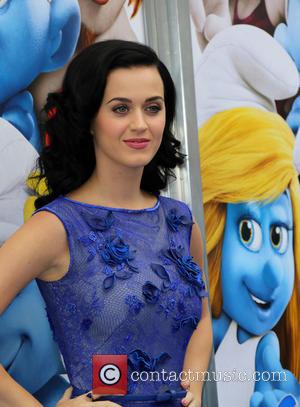 We can almost imagine the conversation. Katy Perry, over a hot mug of cocoa, asks boyfriend John Mayer, "Hey John, want to lend your guitar skills to my new album? It's called Prism and it's really poppy and cool." "Err...I think I've actually got a thing on that day. I've definitely got a thing. It's a blues...festival, thing."

It was most definitely a close call, but good old John managed to dodge the Katy Perry album credit. The pop star confirmed the news to E! Online at the Los Angeles premiere of her new movie The Smurfs 2, "He is not, actually," she said when asked if Mayer would appear, "But thank you for asking."

Despite announcing the album details in the most elaborate way possible - on the side of a massive gold truck - Perry was strangely unforthcoming at the premiere, "It's gonna be three years later, how about that? Pick up where we left off," she said when asked what fans can expect from her sound.

The singer played an unidentified new song for a Vogue writer in April, which was apparently about Mayer - with whom Perry has an on-off relationship. There's no word on whether it'll appear on the record, though fans will probably learn more in the coming weeks. "Find the #PRISM semi, take a picture and I'll RT you," Perry tweeted yesterday. "Don't worry, Los Angeles is just the first stop on the map."

The album announcement is great timing from Perry and her people, given she has now surpassed Lady Gaga as the most followed female on Twitter, with 39.8 million followers, "I'm really proud, thank you for following me. I appreciate it," she gushed at the premiere, "I'll try not to let you down with all my different variations of the word 'there.'"

See all our pictures of Katy Perry at the Smurfs 2 premiere. 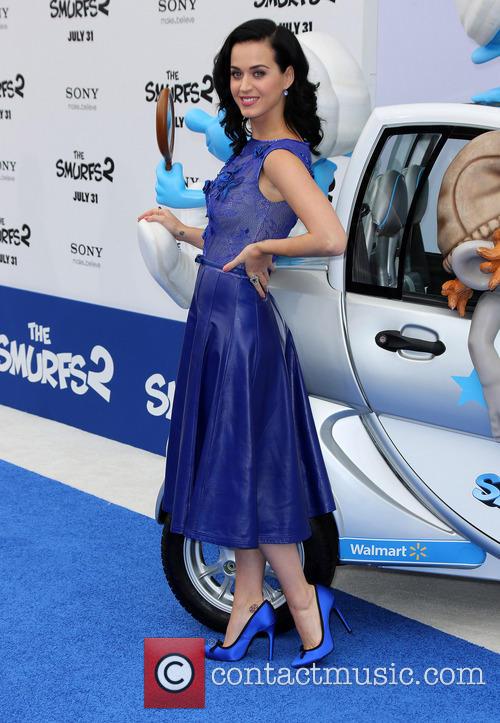 Katy Perry At The Smurfs 2 Premiere 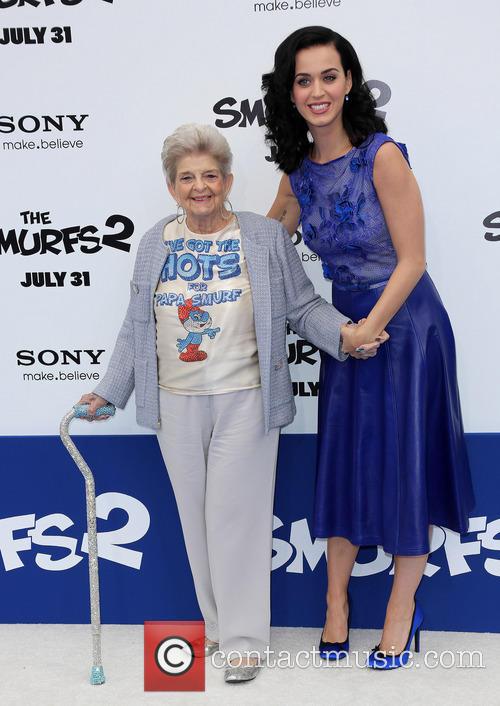 Katy Perry With Her Grandma At The Smurfs 2 Premiere