Katy Perry: 'I Wasn't Always For Gay Marriage, But I Think It's A Great Thing' 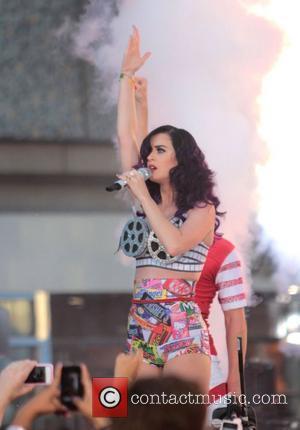 Picture: Katy Perry performing live on Hollywood Blvd before the premiere of her film 'Katy Perry: Part Of Me' at Grauman's Chinese Theatre Los Angeles,...

Pop star Katy Perry has drastically changed her mindset about gay marriage, because she grew up in a fiercely religious community staunchly against same sex unions.
The I Kissed a Girl singer admits she's thrilled by U.S. President Barack Obama's support of same-sex marriage and is excited about the fact so many of her legions of American gay fans can now wed - but she had a very different opinion growing up.
She tells Parade magazine, "I came from a different mindset growing up, and my mind has changed. My viewpoint on all these things - equality for women, the choice to love anyone you want - (has changed).
"Hopefully, we will look back at this moment and think like we do now concerning (other) civil rights issues; we'll just shake our heads in disbelief, saying, 'Thank God we've evolved.' That would be my prayer for the future."