Katy Perry is transported to Napoleonic France in the video for her latest single 'Hey Hey Hey' - or, at least, what 18th to 19th century France would look like if they had smart phones. Plus, to juxtapose the humour, she's putting some serious feminist messages across. 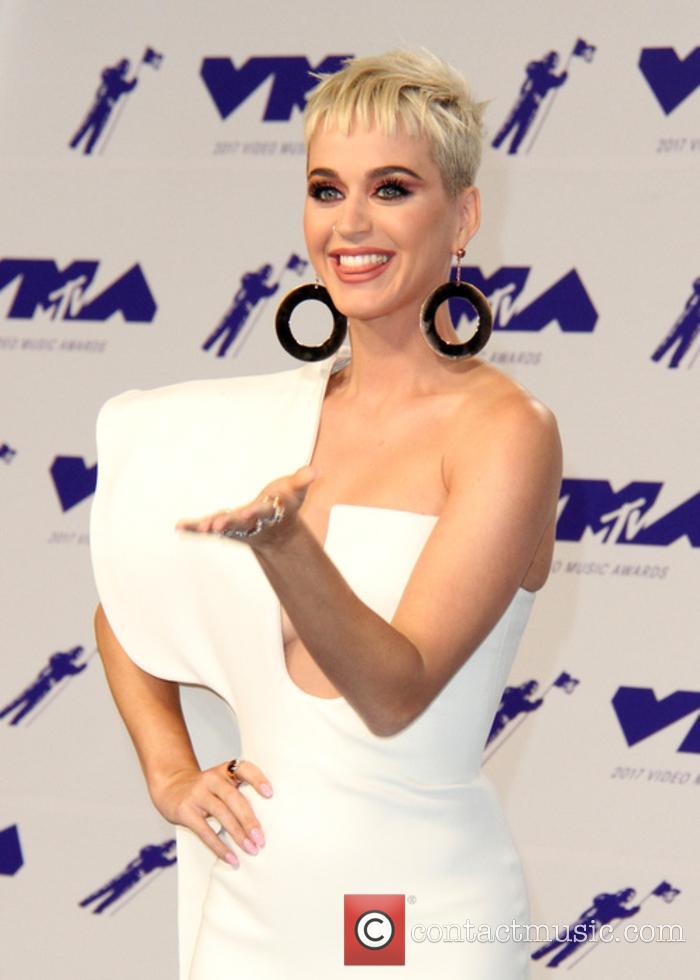 Katy Perry at the MTV VMAs

The singer's furturistic style gets a period makeover in the new video, which has been directed by Isaac Rentz. She's her usual hilarious self as she channels Marie Antoinette in pastel shades, trying to avoid the unwanted advances of a lecherous male.

This is Katy Perry though, so she eventually loses her cool and slaps the guy for his predatory behaviour, only to find herself suffering the same fate as the former Queen consort herself, and getting executed by guillotine. It's all okay in the end though, as she's avenged by Joan of Arc herself - possibly another of Katy's past incarnations.

It's a tongue-in-cheek representation of what the new song's all about; an empowering, feminist number aligned perfectly with the types of issues that have been raised repeatedly in Hollywood over the course of the year.

'I'm feminine and soft, but I'm still a boss, yeah/ Red lipstick but still so raw, yeah/ Marilyn Monroe in a monster truck', she sings on the track, later making a nod to her success with the line: 'I ain't got no strings/ I'm no one's little puppet/ Got my own cha ching in my chubby little wallet.'

'Hey Hey Hey' is taken from her new album 'Witness', which she dropped earlier this year with her other singles 'Chained to the Rhythm' featuring Skip Marley, 'Bon Appétit' featuring Migos and 'Swish Swish' featuring Nicki Minaj - all of which also received epic video tributes.

More: Katy Perry invites fans to get engaged on National Coming Out Day

Katy is currently taking a brief Christmas break from her 'Witness' world tour. Her next show is on New Year's Eve at Abu Dhabi's du Arena, but then she won't be back on the road until January 5th 2018 when she performs at the Smoothie King Center in New Orleans with support from Carly Rae Jepsen.