Katy Perry went on a three-month break from alcohol and watched back-to-back episodes of British sitcom 'Absolutely Fabulous' during a difficult emotional time during the last two years. 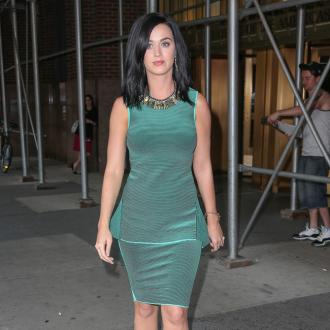 Katy Perry went on a three-month break from alcohol during a difficult emotional time.

The 29-year-old singer - who split from comedian Russell Brand in December 2011 after just 14 months of marriage - has revealed she put on a brave face, quit drinking and watched back-to-back episodes of British sitcom 'Absolutely Fabulous' to get her through some dark days in the past two years.

She said: ''I do a couple of the hot toddies and a box set of 'Ab Fab' ... I love a bit of Patsy. You know I did a lot of different things, I surrounded myself with my good friends, I did this whole cleanse where I didn't have any of the alcohol for three months - that was devastating - I did vitamins and supplements, and hikes and meditation and prayer.

''But I think at the end of it all, as much as the things I did, I think there was something cosmically happening that was looking out for me in some ways, but I was putting my best positive foot forward.''

The brunette beauty - who is now dating John Mayer - suffered from confidence issues during the tough period, but admits she can now laugh and joke about it because she is in a much happier place.

Speaking on an episode of British chat show 'Alan Carr: Chatty Man', which will air tonight (20.12.13), she added: ''It's fun to laugh at it now, it wasn't fun to laugh at it then. You know, I was going through a period where a lot of negative thoughts were entering my mind, obviously they did not succeed, but I had my confidence kind of beaten down.

''It's a record of me going inside, and a lot of self-reflection and figuring out like, where can I make areas of myself better, or what responsibility can I take?