Katy Perry has got her nose pierced for the second time after being left with a scar at the age of 13 when she punched a hole through her nostril herself. 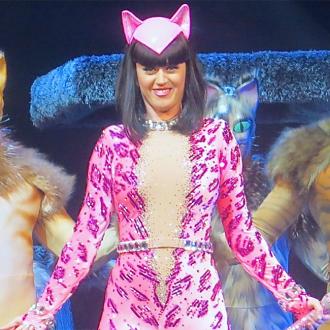 Katy Perry has got her nose pierced.

The 29-year-old singer took some time out from her 'Prismatic World Tour' yesterday (15.08.14) to have a stud punched through her nostril.

The brunette beauty posted a video of the procedure on her Instagram, which sees her wince with pain as the needle is pushed through the right side of her nose.

Her nervous cry clearly unsettled the trained piercer as he can be heard saying: ''I know, I'm sorry! Don't say anything. You're making me hurt.''

The 'Roar' hitmaker's decided to have her nose pierced in the hope of covering up the scar she was left with at the age of 13 when she poked a hole in her nose herself with a safety pin and an ice cube.

She accompanied the footage with the caption: ''Last time I did this I was on my own with a safety pin & cube of ice @ 13. This time I thought it was best I left it to the pro's. Sorry mom (again) (sic).''

Katy previously opened up about the rebellious act in 2012 when she admitted she had the procedure done despite her mother and father's wishes.

She said on 'The Tonight Show with Jay Leno': ''I asked my mother permission so I could get my nose pierced and of course she didn't give it to me.

''She said it was ridiculous and she wasn't gonna do that. So she then went on an errand, so I took a safety pin and a piece of ice and I pierced my own nose.

''I still have this horrible scar that everybody brings up when they get really close.''