Katy Perry Gets A Call From Russell Brand Over Movie 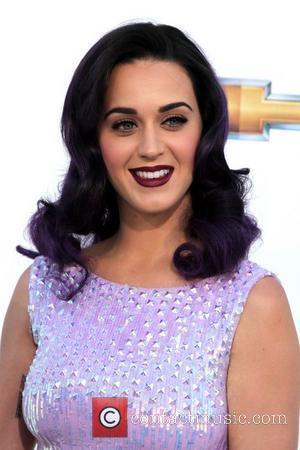 Katy Perry received a phone call from her ex-husband Russell Brand last week, with the British comedian keen to determine which parts of the couple's relationship would be included in her forthcoming documentary movie 'Part of Me'. Brand had agreed to appear in the movie while the couple were still married, on the condition that he saw the final edit, though they have since divorced.
According to the UK's Sun newspaper, Brand phoned Perry last week to find out what would be in the film. A source said, "When she first decided to make the movie in 2010, Russell agreed to be filmed on the condition he got to see the final edit. Being a fly-on-the-wall documentary, he knew full well that it was going to be warts and all - and wasn't best comfortable with that. But Katy persuaded him to do it". Now they have broken up, Katy is reportedly keen to keep "whatever she wants" in the film and has previously spoken of not holding back in the movie. Earlier this year, she told Radio 1, "It would cover all of last year, which was the most intense year I think of my life. You'll appreciate this film because I feel like if you know everything about me, which you do kinda, you'll know even more.It's basically like being in bed with me".
A trailer released earlier this year appears to show Perry distressed backstage, which is thought to coincide with the breakdown of her marriage. Fans don't have to wait long for the film, which hits cinemas on June 5, 2012.