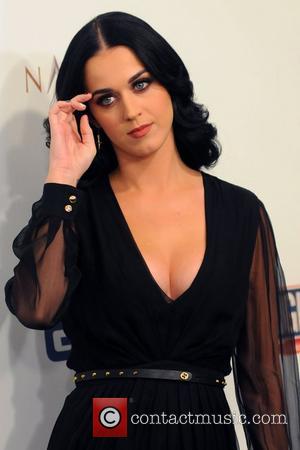 Katy Perry kicked off her birthday festivities this weekend by throwing a predictably lavish costume-party at Los Angeles' Magic Castle nightspot. The singer turns 28 on Thursday (Oct 25, 2012), though hardly made an effort to upstage her famous guests by dressing as a fairly standard vampire.

It was beau John Mayer who put a little more thought into his outfit, opting to arrive as a vampire hunter complete with prosthetic nose and chin, reports US Weekly. Elsewhere, Kristen Stewart snuck into the event fairly unnoticed, while house music DJ Skrillex and girlfriend Ellie Goulding were snapped in some pretty poor looking skeleton outfits. Diane Warren, Johnny Wujek, David Burtka and Neil Patrick Harris were also in attendance. The 'How I Met Your Mother' star tweeted a photograph from the event, adding, "Thank you @KatyPerry for having @DavidBurtka and me at your frightfully fun B'day Bash at the @MagicCastle last night."

Earlier in the weekend, Katy had joined Mayer's family and friends to celebrate his 35th birthday at Freemans restaurant on Manhattan's Lower East Side.