In August it was reported that the 29 year-old singer was shortlisted alongside Coldplay and Rihanna for the coveted spot.

It seems that the NFL have reportedly settled on Katy Perry to perform at the annual halftime show at Super Bowl XLIX next year, she will be following in the footsteps of Madonna (2012), Beyoncé (2013) and Bruno Mars (2014). 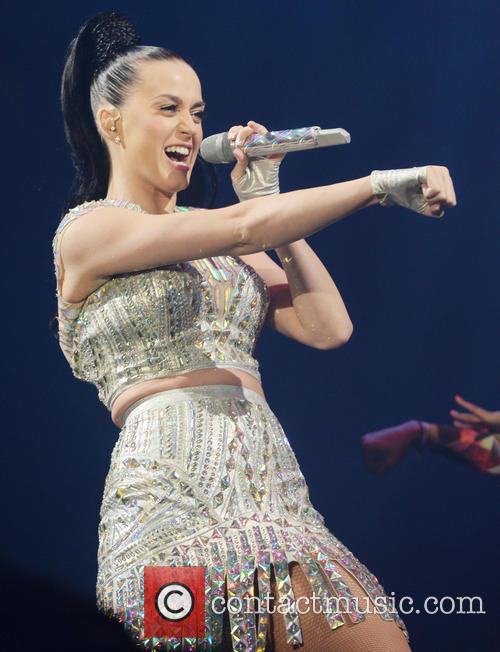 The 29 year-old songstress' participation in the sporting event has been rumoured since August after she was allegedly shortlisted alongside Coldplay and Rihanna, who were asked to 'pay to play' due to last year's halftime show drawing a record-setting 111.5 million viewers. The huge audience makes the coveted spot one of the most valuable promotional platforms in the music industry.

Interestingly, this past Saturday (Oct 4th) Perry appeared on ESPN's College Game Day and said, "I'm not the kind of girl who would pay to play the Super Bowl."

However, according to New York Post's Page Six, an insider told the publication that "a deal is being hammered out for Katy to play the Super Bowl."

Although this report has yet to be confirmed as true, Perry is obviously a very suitable choice to play at NFL's biggest game of the year, mainly due to her family friendly stage performance, which the football league needs in order to avoid controversial incidents that have occured in the past such as Janet Jackson's "wardrobe malfunction" and M.I.A. flipping the bird.

Furthermore, Perry is still committed to hitting the road for her Prismatic World tour, in support of her 4th studio album 'Prism,' but the 2015 European leg isn't scheduled to begin until February 16th in Barcelona, which is well over two weeks after the Super Bowl.

Super Bowl XLIX will be held in Glendale, Ariz. on Feb. 1.