Perry had a few interesting comments on Swift's reactions, following the slight she perceived in Minaj's complaints about bias in the music industry.

More feathers are flying in the Nicki Minaj v Taylor Swift Twitter saga, with Katy Perry wading into the argument with some pretty subtext-heavy comments that all but confirm the subject matter of Swift’s ‘Bad Blood’ video.

Perry called out Swift’s reaction to Nicki Minaj’s complaints to not receiving enough MTV Video Music Awards nominations as ironic. “Finding it ironic to parade the pit women against other women argument about as one unmeasurably capitalizes on the take down of a woman…” she said, a tweet quickly favorited by Minaj. 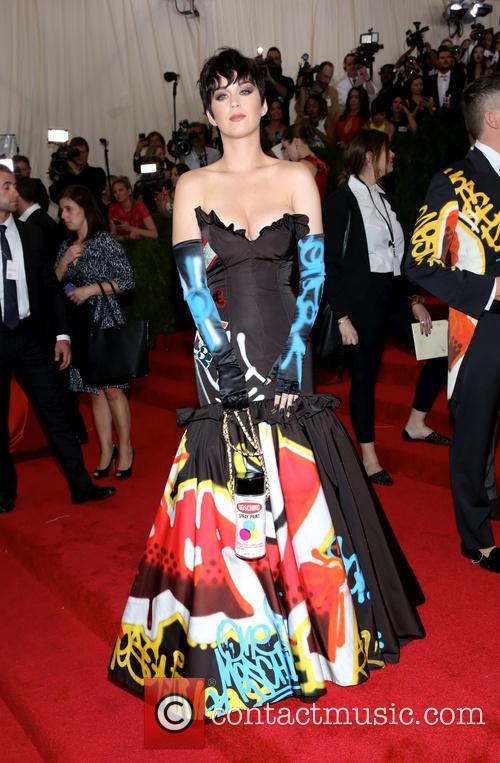 Perry all but confirmed her 'Bad Blood' with Taylor Swift, one of the worst kept music industry secrets

She then drew Rihanna into the debate, arguing that the real scandal was RiRi’s ‘B**** Better Have My Money’ being overlooked. “The real travesty is where is the shine for #BBHMMVideo when VMA eligibility period was 7/7/14-7/1/15 & that gem dropped 7/1... @MTV.”

Minaj triggered the back-and-forth on Tuesday (July 21st) when she vented her frustration on Twitter about the lack of nominations for two of her songs – her collaboration with Beyonce ‘Feeling Myself’ and her own track ‘Anaconda’. She tweeted “Hey guys @MTV thank you for my nominations. Did Feeling Myself miss the deadline or...?”

Finding it ironic to parade the pit women against other women argument about as one unmeasurably capitalizes on the take down of a woman...

She then suggested that her hip-hop / rap influenced sound had counted against her, seeing as most of the big category were filled with pop-orientated nominees. “If I was a different "kind" of artist, Anaconda would be nominated for best choreo and vid of the year as well,” she said.

It was when Minaj made a further point about the kinds of female forms depicted in music videos and the amount of exposure and nominations they received that Swift entered the debate, reading Minaj’s argument as a slight against her. “@NICKIMINAJ I've done nothing but love & support you. It's unlike you to pit women against each other. Maybe one of the men took your slot..” the ‘Shake It Off’ singer wrote. Cue controversy.

‘Bad Blood’ took up the majority of Swift’s nine VMA nominations, a lavishly produced star-studded catwalk of slim models. Minaj has been reacting with dismay to Swift’s comments ever since.

We await further developments, all of which are likely to be more interested than the VMAs themselves.