Is Katy Perry and John Mayer engaged? The pop-star sparks rumours after she is spotted wearing a diamond ring on her engagement finger. 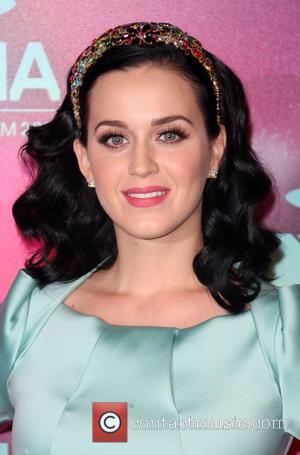 American singer, Katy Perry, has been at the centre of the rumour mill as of late.

The increasing chatter is trying to determine if the 'Roar' singer has finally gotten engaged to her boyfriend, John Mayer.

It all began when Perry arrived at the 2013 MTV EMAs in Amsterdam on Saturday (No 9th). She rocked the red carpet wearing a figure-hugging Zac Posen dress along with a D&G headband and Charlotte Olympia heels.

However the main focus was immediately directed to her left hand. The 29 year-old was wearing a diamond ring on her engagement finger.

It turned out to be a false alarm, Us Weekly reported an unnamed source denied the engagement rumours.

The insider told the mag "She's not engaged, It was just a ring that went with the outfit."

Us Weekly also caught up with the 'Fireworks' singer after the EMAs and asked Perry if their relationship is better due to them being able to travel together.

The pair have dated on and off since the summer of 2012, and if the news was actually true then this would be Mayer's first marriage and Katy's second. She married English comedian, Russell Brand, in 2010, and it only lasted for 14 months.

"Everyone wants them to get engaged," a source recently told E! News. "They are so perfect together," adding that a proposal is "inevitable."

Perry won the award for Best Female at the 2013 MTV EMAs.