Katy Perry says she doesn't believe in heaven and hell, and despite growing up in a conservative Christian household, she no longer identifies with a single religion. 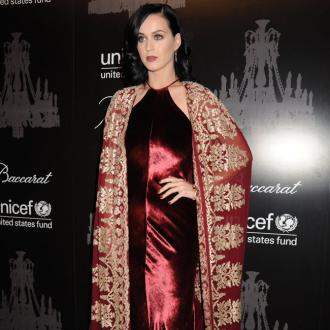 The 29-year-old star grew up in a deeply Christian household with evangelist preacher parents, Keith and Mary Hudson, but she admits she no longer identifies with a single religion, however, she does believe in a ''higher power''.

Katy explained: ''I don't believe in a heaven or a hell, or an old man sitting on a throne. I believe in a higher power bigger than me because that keeps me accountable.

''Accountability is rare to find, especially with people like myself, because nobody wants to tell you something you don't want to hear.

''I'm not Buddhist, I'm not Hindu, I'm not Christian, but I still feel like I have a deep connection with God. I pray all the time - for self-control, for humility. There's a lot of gratitude in it. Just saying 'thank you' sometimes is better than asking for things.''

The 'Unconditionally' singer - whose previous hits include 'I Kissed a Girl' - also revealed she has a ''great relationship'' with her minister parents, despite their conservative values often being at odds with her raunchy pop career.

She told the new issue of US Marie Claire magazine: ''People don't understand that I have a great relationship with my parents ... like, how that can exist. There isn't any judgement. They don't necessarily agree with everything I do, but I don't necessarily agree with everything they do. They're at peace with ... they pray for me is what they do. They're fascinated with the idea that they created someone who has this much attention on her.''