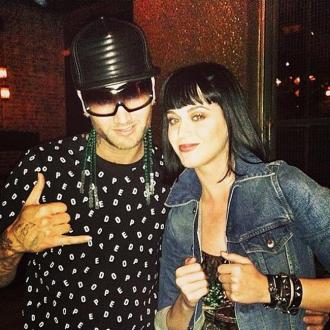 Katy Perry went on a date with rapper Riff Raff.

The 'Roar' singer seems to be putting her split with John Mayer firmly behind her since she was spotted on a date with a unlikely-looking new suitor last week.

The corn-row sporting hip-hop artist reportedly took Katy on what he called the 'Holy Trinity' of dates - sushi, bowling and drinks.

Despite being a ''throw back Thursday'', it appears to only have been referring to a few days earlier since Riff Raff first shared the picture, writing on the social media site: ''ON A DATE WITH KATY PERRY SHE IS PURDY (sic)''.

Meanwhile, in a video posted TMZ today (26.03.14), the heavily tattooed 32-year-old star declared he would love to see the pop princess again.

Quizzed by the gossip site about their next rendezvous, Riff Raff added: ''When I get back, think she's in Belgium right now, so probably next week. I'm just out here in Miami enjoying the weather and the beautiful view. But me and Katy Perry might go on a second date... round two.''

Although Riff Raff is professing his interest for Katy in the video, his hand remained firmly on a thong-clad model's behind during the brief interview.

Fans have been outraged by the bizarre new union, declaring the singer can ''do better'' and has ''the worst taste in men''.