Katy Perry believes in aliens and wants to know if US President Barack Obama does too. 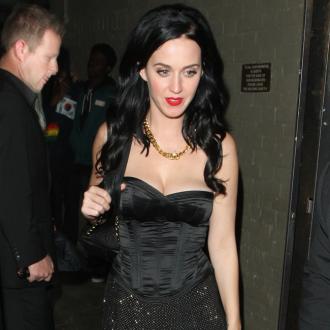 The 'E.T.' hitmaker is convinced there are other life-forms in the galaxy and would love to ask US President Barack Obama what he believes on the subject.

She said: ''I see everything through a spiritual lens. I believe in a lot of astrology. I believe in aliens. I look up into the stars and I imagine: How self-important are we to think that we are the only life-form? I mean, if my relationship with Obama gets any better, I'm going to ask him that question. It just hasn't been appropriate yet.''

The brunette beauty's parents Keith and Mary Hudson are Christian pastors but Katy admits her idea of faith has changed over the years.

She told the new issue of America's GQ magazine: ''I believe in a cosmic energy that is bigger than me. I do not believe God is an old guy sitting on a throne with a long beard.... I don't believe in heaven and hell as a destination.''

Katy - who is currently in a relationship with John Mayer and was previously married to Russell Brand - remembers praying for large breasts when she was just 11 years old but had ''no clue'' she would end up with such a curvy frame.

She said: ''I laid on my back one night and looked down at my feet, and I prayed to God. I said, 'God, will you please let me have boobs so big that I can't see my feet when I'm lying down?' God answered my prayers. I had no clue they would fall into my armpits eventually.''

The 'Prism' singer is proud of her natural look and thinks she is a good role model because she hasn't undergone cosmetic surgery.

She said: ''I've never had any plastic surgery. Not a nose, not a chin, not a cheek, not a t*t. So my messages of self-empowerment are truly coming from an au naturel product.''