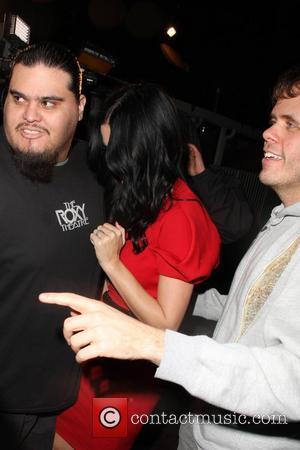 Katy Perry, the American pop singer and wife of Russell Brand, has announced 38 dates for the US and Canadian leg of her 'California Dreams' world tour. The 25-year-old confirmed the summer 2011 shows during a live web stream from Facebook's offices in Palo Alto yesterday (19th January 2011). After announcing the dates, the singer also answered questions from users about her upcoming tour attire, her influences and what fans can expect from this year's shows.
The California Dreams tour will kick off in Lisbon, Portugal, on 20th February 2011, but the US leg begins in Atlanta on 7th June and will pass through Orlando, Columbia, Boston, Newark, Pittsburgh, Detroit before moving onto Toronto, Montreal and Ottawa. The tour will conclude with two nights in Perry's hometown of Santa Barbara. During the web-chat, the 25-year-old also confirmed that Swedish pop singer Robyn and the Welsh band Marina and the Diamonds will be the support acts and that pre-sale tickets will be available from tomorrow (21st January 2011) morning. While visiting the Facebook offices, Perry got to meet with the website's founder MARK ZUCKERBERG and later posted a picture of herself with the world's youngest billionaire on her Twitter page.
Perry's latest release, 2010's 'Teenage Dreams', spawned three hit singles after the title track, 'California Girls' and 'Fireworks' all peaked at the top of the 'Billboard Hot 100' and the 'Hot Dance Club Songs' chart.