So, Were Katy Perry and Russell Brand Making Out At Soho House?

Katy Perry and Russell Brand were rumored to have rekindled their relationship following her split from John Mayer. 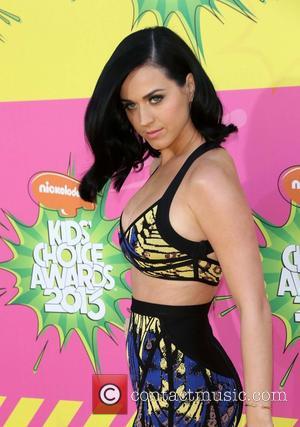 No, is the answer to that question. No, Katy Perry and Russell Brand weren't seen "full on making out" in the valet line at El Lay's Soho House this week, as was originally reported by celebrity blogger Perez Hilton. The story picked up some serious speed as it circulated around blogs and social network, though Hilton has since admitted that his sources were "100% wrong" on the matter.

Just a few hours later, Perez issued an apology to both Perry and Brand, writing "A source told us today that they saw Katy Perry and her ex-husband Russell Brand making out, but we have confirmation now it simply wasn't true! We're so sorry for jumping the gun on this one, KatyCat and Russ! We were just so excited to imagine two of our favorites were rekindling an old flame, we must've been blinded by our love for you guys as a couple!!"

The original report appeared to carry a little credence, given Katy Perry recent split with blues musician John Mayer, however, she is ready to sell the marital home that she shared with Russell Brand during their short marriage. The singer is selling the $7 million Hollywood Hills property through US estate agents after failing to secure a private deal. It features 11 bathrooms, 7 bedrooms, a swimming pool and its own waterfall.