Katy Perry and John Mayer don't always talk when they're at home, because they both need to preserve their voices for when they're performing. 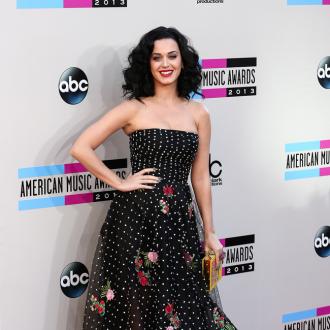 Katy Perry and John Mayer don't always talk when they're at home.

The 'Unconditionally' singer and her musician boyfriend are both frequently on strict vocal rest so they can give their all when they perform, leaving their house eerily quiet.

She told talk show host Ellen Degeneres: ''Some days I have to go on complete vocal rest, like no anything, no whispering. Whispering is actually really bad. There's just a lot of silence in our house most of the time.''

Referring to John's struggles with his vocal cords, which have seen him undergo surgery to fix them, she added: ''I understood that he couldn't talk, and the only way he could communicate was through an iPad.''

Katy also came up with a long-term plan to aid their communication, joking: ''We should just learn sign language.''

The 29-year-old star also talked about the message of her new duet with John, 'Who You Love', which is about sticking with a person through the ups and downs of a relationship.

She said: ''I think when two people are involved, someone other than yourself, you have to figure out a compromise in a good way. And there's a lot of respect.

''We have music as an understanding and love between each other, and we connect, and you know it's like he understands what I do because he does the same thing.

''And so after a long day, if it's been tough, I don't really have to go into it. He just gets it. You know, so it's nice with that understanding.''