Katy Perry And John Mayer Are Reportedly Dating Again After They Attended Actress Allison Williams' Wedding Together On Saturday (19sep15). 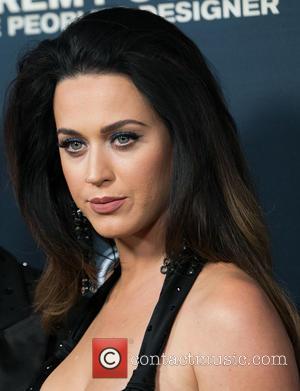 The musicians split last year (14) after two years of dating on-and-off, but they sparked reconciliation rumours in January (15), after they were spotted on a double date with Girls star Williams and her now-husband Ricky Van Veen in Los Angeles.

And now sources tell People magazine the singers showed their affection publicly at Williams and Van Veen's secret nuptials in Saratoga, Wyoming, as they watched their two friends tie the knot at the Brush Creek Ranch.

The insider tells the publication, "John and Katy looked happy. They held hands and sat next to each other during the wedding ceremony."

Perry and Mayer weren't the only celebrities in attendance - Williams' Girls co-stars Lena Dunham, Jemima Kirke and Zosia Mamet were also part of the wedding party, as was Mindy Kaling, Bruce Springsteen, Rita Wilson and her husband Tom Hanks, who reportedly officiated the nuptials.