Katy Perry and John Mayer ''only see each other whenever it's convenient'' and are keeping their relationship casual while she is on tour. 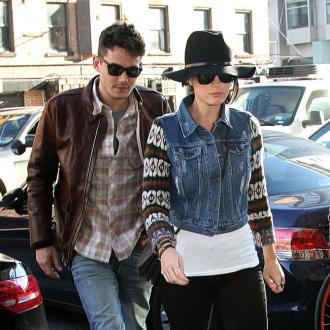 Katy Perry and John Mayer ''only see each other whenever it's convenient.''

The 'Dark Horse' hitmaker and her on-again, off-again beau were spotted spending time together at Disneyland in California on Monday (25.05.15), but they haven't officially rekindled their relationship again.

A source close to the 30-year-old singer told PEOPLE.com: ''They have spent time together, but it doesn't seem like they are back in a serious relationship. It seems they only see each other whenever it's convenient. They have spent time in L.A. when Katy has had a break from her tour. They hang out at Katy's house and have had a dinner date at Sunset Tower.''

They split for almost a year in February 2014, but sparked rumours they were back together when they were spotted celebrating Katy's performance at the Super Bowl last February.

But an insider at the time: ''They actually buried the hatchet a while back, and they are friends. It's not a surprise they would see each other socially. She's focused on her career and making herself happy.''