American singer-songwriter Demi Lovato has been announced as the new Smurfette in 'Get Smurfy'. 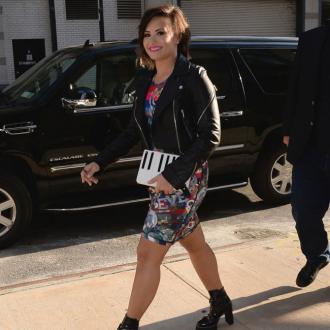 Demi Lovato is replacing Katy Perry as the voice of Smurfette in the third Smurfs feature film.

The 22-year-old singer will voice the part in the sequel 'Get Smurfy' and takes the place of Katy, who starred in the first two films released in 2011 and 2013.

In a promotional video released to introduce the new casting, the 'Heart Attack' singer said: ''I'm so excited to announce that I will be voicing Smurfette in the new fully-animated Smurfs movie.''

The movie will set out to tell the origin story of the blue creatures, with comedic actor Rainn Wilson, 49 - known in the US for being funnyman Dwight Schrute in 'The Office' - playing the evil wizard Gargamel and Mandy Patinkin, 62, voicing Papa Smurf.

Demi's fans will be thrilled with the announcement since her career began in children's TV and film, when she landed the lead role in the Disney Channel's movie 'Camp Rock'.

In recent weeks, meanwhile, Demi has been linked with a role on the UK version of the 'X Factor', with reports claiming Simon Cowell is keen to have her on the show.

In May, a source said: ''Simon's management phoned to see when Demi could sign her contract about a week ago.

''They both have busy schedules but she is planning to do it as soon as possible and Simon is eager to get the judging panel sorted.''