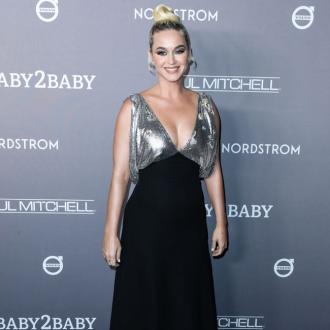 Network ABC have announced the talent competition will return to screens with a two-hour show on 26 April, with the top 20 contestants performing remotely while the judges watch on from their homes via video link.

Further details will be announced at a later date as to how the competition will progress, but judge Katy Perry offered some explanations.

She tweeted: ''How will @AmericanIdol continue?

I'll be judging from California @LionelRichie from LA @LukeBryanOnline & @mrBobbyBones in [email protected] will host from Cali!

''Contestants perform at their house!

''America will VOTE from HOME and choose a WINNER!(sic)''

The 'Dark Horse' hitmaker - who is expecting her first child with fiance Orlando Bloom - teased a few days ago that she expected producers would find a ''very creative'' way to bring back the show.

Speaking in a Facebook Live session with fans, she said: ''What's going on with the show since we're all still in quarantine? Well, I think that we're all gonna have to be very creative.

''I know that we're going to get really creative and you'll just have to be tuning into that creativity that we are probably going to create from our individual homes. We'll see how this goes.''

Host Ryan Seacrest previously admitted show bosses were going to ''push the limits of technology'' in order to broadcast an entire series.

He said: ''With safety being the priority, that is number one, we do want to deliver all of this season. We want to put on these performance episodes.

''We want to put on the episodes that allow America to vote for their favourites to get to an 'American Idol' winner this season. So, how are we going to do that?

''We haven't fully decided. I think we see the obvious ways that people are using technology now on the air and on social media.

''And to deliver America being able to vote so we can make it through the entire season.''