All Over: Katy Perry And Russell Brand Officially Divorced 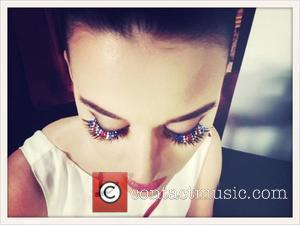 Picture: Katy Perry posted this image on Twitpic with the caption: IT'S THE ?LONDON? PREMIERE! Even my lashes are excited! See you soon! #KP3D,

Attention men and women across the world, Katy Perry and Russell Brand are officially single. The couple's divorce request was granted back in February, though their union was only officially dissolved on Monday (July 16, 2012), according to E! News.
According to Californian law, a divorce cannot actually be finalized until a minimum of six months after the papers are filed. Perry, 27 and Brand, 37, married in a traditional Indian ceremony in October 2010, and became one of the most talked about celebrity couples in the world. The British singer surprised many - including his own wife if some reports are to be believed - when filing for divorce on December 30, 2011, after just 14 months of marriage. In her new documentary, 'Katy Perry: Part of Me', she told cameras, "Being in love is a dream, but the reality is not like the movies. There's a lot more compromise and sacrifice". Perry would reportedly fly to wherever Brand was working to spend a couple of days with him between her tour, though fighting exhaustion, she admitted, "I'm trying to keep my marriage alive". After he had filed for divorce, a visibly upset Perry added, "The truth is I'm a romantic and I believed in the fairy tale.I did everything I could but it still failed.The dream of being in love is a lot different than the reality of making it work".
In May, Brand has appeared on the Ellen Degeneres show, and told the host, "I still love her (Katy) as a human being. But, sometimes when you're in a relationship I suppose it doesn't work out, does it? But that doesn't mean I regret it or anything".