So, Katy Perry has done it again and topped the charts with another ridiculously catchy dance tune that people who don't even like it are singing. 'Roar' marked the first release of her fourth album 'Prism' - another chart success - which gives it some emotional significance as when she was writing the record, she was going through a devastating divorce with Russell Brand, and later having relationship troubles with her current beau John Mayer. 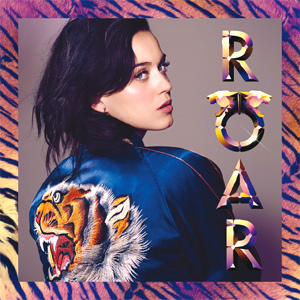 With that in mind, you can appreciate the implication of 'Roar', the lyrics of which represent empowerment and personal worth: 'I got the eye of the tiger, a fighter, dancing through the fire/ Cause I am a champion and you're gonna hear me roar'. It feels genuine because you're aware of her personal troubles and that sort of saves it from being just another manufactured pop tune. Sort of. It does, however, make me cringe that it was so heavily inspired by Survivor's 'Eye of the Tiger' - and the resemblance goes further than just those four words.

I can't say the song in terms of actual melody stood out as particularly unique; the heavily layered vocals and building crescendo can be found in a good handful of current chart hits; however, I have to admit the driving chorus sent shivers down my spine on the first listen. It has the same vibrancy and energy as Katy's previous hits and has an almost rhythmic tribal beat behind it which went well with the jungle themed video.

'Roar' truly is an infectious tune but now, I have to say, it's less in a 'I want to play it again' way and more in a 'Get this song out of my head!' kind of a way.