Outspoken Katie Price thinks Cheryl Cole's new husband should continue to work and not rely on her fortune. 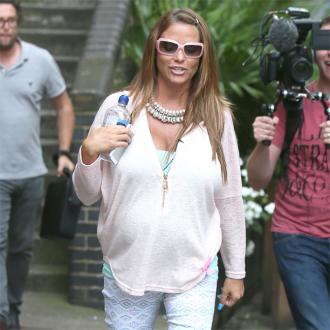 Katie Price has warned Cheryl Cole of the dangers of letting her new husband quit his day job.

She said in her Now magazine column: ''Jean-Bernard's friend Franck Twister told a paper: 'I believe Cheryl's told him that she doesn't want him to carry on working.' But I hope Jean-Bernard does keep working.

''I've had my fair share of men who think they can love off me and it damages a relationship.''

Katie also extended her best wishes to Cheryl, saying that she hopes the 'Crazy Stupid Love' singer has ''found happiness''.

Meanwhile, Katie has her own personal problems to overcome after it was revealed recently that her husband Kieran Hayler cheated on her in their family home.

The former page three model, who is pregnant with her fifth child, says that while she still loves her husband, she cannot completely forgive him for what he did.

Katie told the Daily Mirror newspaper: ''I'm trying to deal with it day by day, we have a long way to go.''