The outspoken pundit appeared on 'Loose Women' alongside Vicky Pattison when she made the comment.

Katie Price has triggered outrage after suggesting that people who spike drinks on nights out should “go on Tinder” instead.

The 37 year old former glamour model and mum-of-five appeared on ITV’s chat show ‘Loose Women’ on Friday (March 18th), and the topic of conversation was the date-rape drug, which fellow guests Vicky Pattison, Andrea McLean and Linda Robson had all seen happen to friends or fallen victim to personally in the past. 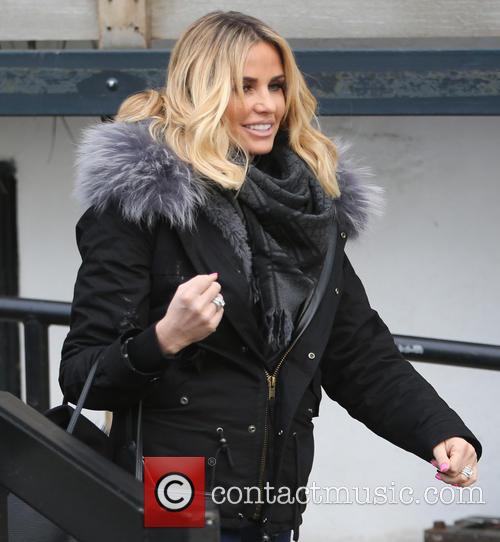 Katie Price at the 'Loose Women' studios in March 2016

“A couple of months ago I was out with Kieran on a night out,” Katie said while recalling her own brush with drink-spiking. “I was on the dance floor. He saw someone put something in my drink, the bouncers obviously saw, got him, got him arrested. And it was the date rape drug.” She added: "What was the point of them putting it in my drink anyway?"

At this point, MacLean jumped in to remind her about what people who spike drinks are trying to achieve – “they're trying to hurt you” – Price retorted with the inflammatory comment in question.

“Why don't they go on Tinder or something? If they want a bit of nookie-noo. Instead of going to the trouble of drugging someone, just go on Tinder.” Cue outrage on social media, somewhat predictably.

“@MissKatiePrice's infinite wisdom on @loosewomen… 'Instead of spiking a woman's drink just go on tinder if you want nookie'. GURL!” was just one of the angry responses via Twitter.

Vicky Pattison, a former reality TV star, also revealed that she had been spiked herself in the past. “I was out with friends. In retrospect I was very careless, I was accepting drinks off people, I was having a good time, letting my hair down, and they were saying 'oh it's Vicky off ‘Geordie Shore’, let's do a shot', and of course you do it - because who says no to a free drink? But it was completely to my detriment in the end. I was hospitalised.”