Katie Price has opened up about catching unfaithful ex-boyfriend Danny Cipriani in bed with another woman and how she told him she would ''forgive'' but ''never forget''. 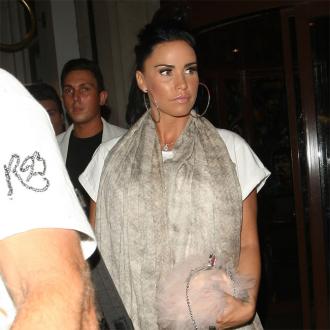 Katie Price claims she caught Danny Cipriani in bed with another girl.

In her new autobiography 'Love, Lipstick and Lies' she wrote: ''Melissa, Gemma and I tiptoed along the pavement so he wouldn't hear our heels clicking on the concrete.

''When we reached the front door, I covered the little spyhole so whoever answered wouldn't see us. One of Danny's housemates answered. The 'Oh, f**k' look on his face said it all. 'Hiya', I said - sounding calm even though I felt anything but.

''Before he could prevent it, all three of us walked in and headed straight for the stairs. My heart was pounding and the adrenalin was pumping through me as we went quietly up to Danny's bedroom.''

The trio walked in and saw him in bed with ''another woman'' - the pair ''horrified'' to be caught - as she said she would ''forgive'' him but ''never forget''.

She continued: ''They stopped what they were doing and grabbed the duvet to cover themselves. Both of them looked up at me, completely horrified.

'''Danny,' I said, sounding more together than I was feeling, 'I want you to know that I forgive you, but I never forget.' ''

When Katie spoke to the woman she was told Danny claimed he was single - and he still begged her to stay.

She added: ''He pleaded with me not to go. I couldn't believe what I was hearing ... He held on to my jacket to stop me leaving.

''This was a totally different side to him. He was like a lost puppy. I said sarcastically, 'Don't worry about it. I forgive you - but you're never going to see me again'. Then I walked out.''