The former model has publicly named and shamed those who have mocked her 13-year-old son on social media.

Katie Price has hit out at social media trolls who have targeted her 13-year-old son Harvey. In a series of emotional posts, Price named and shamed those who had shared memes and made cruel comments about Harvey, usually focusing on his disabilities. The teenager suffers from the rare genetic condition Prader-Willi syndrome and blindness. 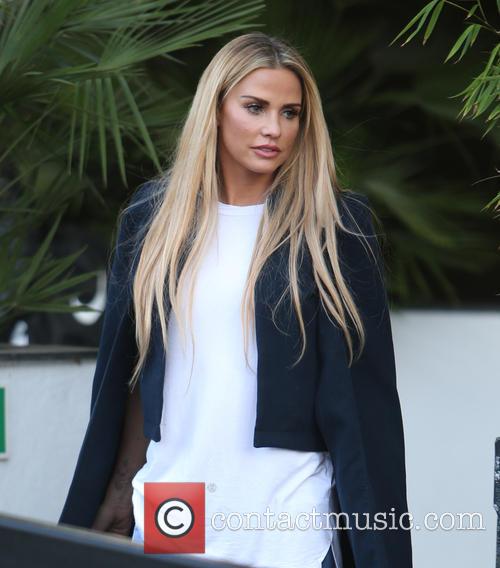 Posting an image of a disturbing message she had received from a man, she asked her followers, "Can everyone help report this sick twisted man and if you know him give me details please he needs to be named and shamed and be questioned and clearly shouldn't be roaming around with thoughts like that about a child.” `

More: Katie Price Reveals That She May Have Aborted Harvey Had She Known He Was Blind

The 37-year-old then shared images of a Twitter account made in Harvey's name and wrote: “Who is allowed to set up a site like this does anybody know this person as I'm sure the police will find out.” Another user was publicly named by Price after she shared an image of a meme he had created mocking Harvey.

"Does anybody know Arron Bevin him seems to be obsessed in mocking my son loads of things he has done yet another disgusting human being who needs to be shamed and questioned," Price wrote.

After sharing a string of posts from different users, Price thanked her followers for their help and support. "Must say so many people on all my social media right now being supportive and giving more info on other people mocking my son I will report," she wrote.

More: Katie Price Lashes Out At Dwight Yorke On Instagram About Their Son Harvey

"There should be more done to stop this happening to people like me and others so angry and upset. I've realised so many people mocking my son out of all my children they pick on the one with disability."