Katie Price thinks she'd still be married to Peter Andre if they hadn't documented their relationship on TV and admits she ''idolised'' her former spouse. 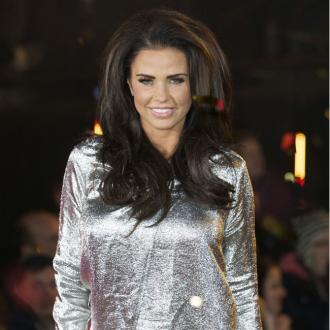 Katie Price thinks she'd still be married to Peter Andre if they hadn't documented their relationship on TV.

The former glamour model - who met her ex-husband on reality show 'I'm A Celebrity... Get Me Out Of Here' in 2004 - thinks exposing their lives to the public had a negative impact on their relationship.

She said: ''Because we met on a TV show our whole life was on TV, a reality show, birthdays, kids born, everything was a photoshoot and filmed.

''If it wasn't, would we have stayed together? Who knows?''

And Katie - who has children Junior, 10, and Princess, eight, with Peter, as well as 13-year-old Harvey with former partner Dwight Yorke and Jett, two, and Bunny, 12 months, with husband Kieran Hayler - ''idolised'' the 'Mysterious Girl' hitmaker and thought they would be together forever.

Speaking on 'Katie Price: In Therapy', she added: ''I thought that we could have been together for ever. I idolised him and he did me, definitely.''

Katie and Peter married in September 2005 but they separated in May 2009.

The 37-year-old beauty went on to marry Alex Reid, before settling down with Kieran, who she wed in January 2013.

'Katie Price: In Therapy' airs on Channel 5 on August 25.