Katie Price would use a sperm donor to have a sixth child. 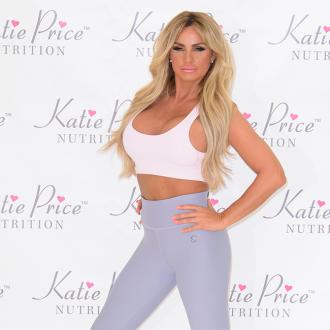 Katie Price is considering having a child using donor sperm.

The 42-year-old former glamour model - who has 18-year-old Harvey with former boyfriend Dwight Yorke, Junior, 14, and Princess, 12, with first husband Peter Andre and Jett, six, and Bunny, five, with third spouse Kieran Hayler - ''definitely'' wants to have more children but doesn't think she'd be allowed to adopt and, as she's currently single, she'd look into other methods in order to conceive.

Asked if she still wants more kids, she said: ''Definitely. I'd love to adopt but because I've already got five children, they probably wouldn't allow it.

''I went to a fertility doctor last year and they said because I've had four cesareans I'd need to try in the next couple of years.

''If I don't find anyone, I'll get a sperm donor. It's probably easier - there'd be less rows at least! Although I am fine with the kids' dads.''

However, Katie is ''confident'' she'll eventually meet the right man for her and already knows the type of guy she wants to settle down with.

She said: ''I feel confident I'll meet the right man one day. I'd love a crystal ball please. I know there's someone out there for me and I'll wait for him to find me this time.

''The man I settle down with has to be someone who doesn't want to be famous, has their own money and business, has kids like me, is possibly divorced and accepts and loves me and my brood just the way we are.''

Harvey - who was born partially blind and also suffers from autism, ADHD and the genetic condition Prader-Willi syndrome - has never had a relationship with his biological father, but Katie won't ever close off the possibility of them reconciling one day.

She said: ''It's like he has no feelings for Harvey whatsoever. The only thing that upsets me is Harvey has a half-brother out there somewhere and he's never met him. The door is always open for Dwight though. It's never too late.''