It comes a week after she showed off the results of more cosmetic surgery on Instagram.

Katie Price raised quite a few eyebrows with her appearance on ITV’s ‘Loose Women’ this afternoon, after having had not only another round of cosmetic treatments, but also a rather painful-looking injury that left her lips burned.

The 37 year old former glamour model turned entrepreneur has undergone a number of cosmetic surgeries and procedures throughout her career, but she arrived at the ITV studios on Tuesday (April 19th) sporting large sunglasses and puffier-than-usual lips with some noticeable scarring on them, which she later attributed to an accident with a sunbed. 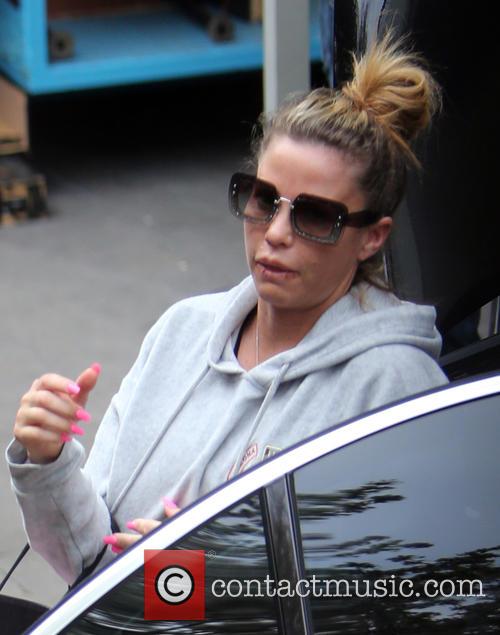 This comes just under a week after Price took to Instagram to praise beauticians at Mac Aesthetic Ltd. for a procedure they did on her mouth. “Never been so happy with my lips before till now thanks so much @macaesthetics perfect pout,” she captioned the pic.

However, with two distinctive marks on her lips making the headlines on social media, she explained that they had come about as a result of her beauty regime.

More: Katie Price’s husband wants her to get her Leo tattoo covered up

“I burned my lips on the sunbed and they've done a great job covering it up,” she said on the daily magazine show, on which she’s been a regular panellist since the end of last year.

Never been so happy with my lips before till now thanks so much @macaesthetics perfect pout ??????

But despite the nasty burns, the mother of five told her fellow panellists that it won’t put her off from having even more surgery later this week. “I got some stuff in my lips last Wednesday, which you can see on my app soon, and I'm going to have some more put in tomorrow,” she revealed.

Amusingly, the news caused the ever outspoken Janet Street-Porter, sitting next to Price, to groan audibly. She wasn’t put off her point, even though anchor Andrea McLean also made a few jokes at the expense of the ‘Minnie Mouse’ hairdo she was sporting.