Katie Price has announced that she is splitting from allegedly adulterous husband, Kieran Hayler, just days after she discovered she is pregnant.

We hate to say “We told you so,” but when a celeb marries a fame-hungry unknown after just a couple months of dating, it’s bound to end in tears. When Katie Price married part-time stripper Kieran Hayler back in October 2012, and shortly after became pregnant with his child, it was really only a matter of time until something went wrong. We are, however, sad to hear that the news comes while Katie is 6 months pregnant. It’s really the last thing that anyone needs during a pregnancy, particularly when the cause for the split is an alleged affair. 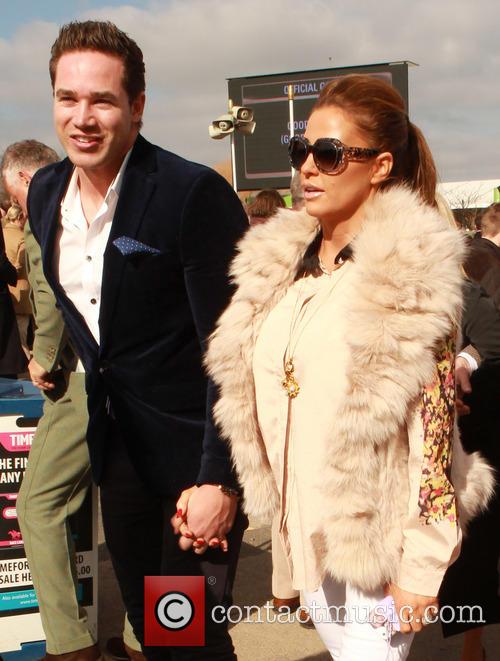 Price is claiming that the breakdown of her marriage is due to Hayler allegedly having an affair with her best friend, 49 year old Jane Poutney. The glamour model has taken to Twitter to announce the end of her marriage and shame both Poutney and Hayler. She Tweeted, “Sorry to say me and kieran are divorcing him and my best friend jane poutney been having a full blown sexual affair for 7 months.” She continued, “Jane poutney is 50 next year cloned into me with my help she is a whore, home wrecker slut.”

Just last year Katie told Now magazine, “I’ve never been this happy with anyone before. With me and Kieran it’s all about the kids and being together and just having a family. I’m much more chilled - I haven’t even had mad pregnancy hormones so I think that must be down to the fact he makes me so happy.”

The couple’s first son, and Katie’s fourth child, Jett, was born in 2013 and just days ago Katie announced that she was 6 months pregnant with their second child and hadn’t even realised. She had been feeling ill while on a family holiday with her husband and children, on arriving home she took a pregnancy test to discover her stomach pains were in fact a pregnancy. While on holiday Katie had been posting loved up photos of the pair, who looked like they were immensely enjoying married life.

Since announcing their shock split, Katie has described Kieran as a “disgusting human being,” adding, “No human being deserves this especially being 6 months pregnant.”

No human being deserves this especially being 6 months pregnant

Price has been friends with Poutney for 20 years, since she was 15 years old, so it must come as a huge shock and betrayal.  Whether she should feel shocked by Kieran's actions are another matter.  We certainly aren't, that's for sure!  It's a shame that she didn't learn her lesson after her divorce from Fame-Hungry-Husband-No.1, Alex Reid.