Katie Price has branded rival model Kelly Brook a ''heffer'' and believes she has been comfort eating after allegedly getting back together with their mutual ex, Danny Cipriani. 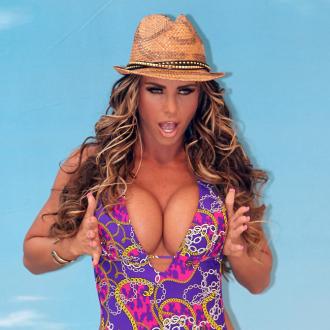 The glamorous reality star - who wed stripper Kieran Hayler in January after a whirlwind romance - says the brunette model is a great poster girl for curvy women, but was shocked to discover how ''big'' she really is when she saw pictures of Kelly in a bikini.

Writing in her column in The Sun newspaper, Katie said: ''Kelly Brook is a brilliant role model for girls because of her curvy figure. Every mum should make her daughter look at pictures that show Kelly modelling her latest New Look swimwear range in Miami.

''They don't seem to be air-brushed and I'm FLABbergasted to see how big Kelly really is ... You're a heffer, Kelly, but still a hot one.''

Kelly, 33, recently split from former rugby star Thom Evans because he allegedly grew jealous of her close friendship with her ex-boyfriend Danny Cipriani, who she has been meeting up with.

Katie - who also had a fling with Danny - believes the rival model has been gorging herself on sugary snacks to get over her tumultuous love life.