She tagged Simon Cowell in a tweet expressing enthusiasm for the vacant presenter's post at the beleaguered ITV show.

In the wake of yet another departure from ‘The X Factor’ with the news that Olly Murs is following his co-host Caroline Flack out of the door, Katie Price has thrown her hat into the ring today by expressing an interest in presenting the ITV show.

Former glamour model Price, now a panellist on daytime chat show ‘Loose Women’, took to Twitter to put her name forward as a possible replacement for Murs and Flack, who have quit just one season after taking over from Dermot O’Leary and who have attracted a great deal of criticism for their presentation style. 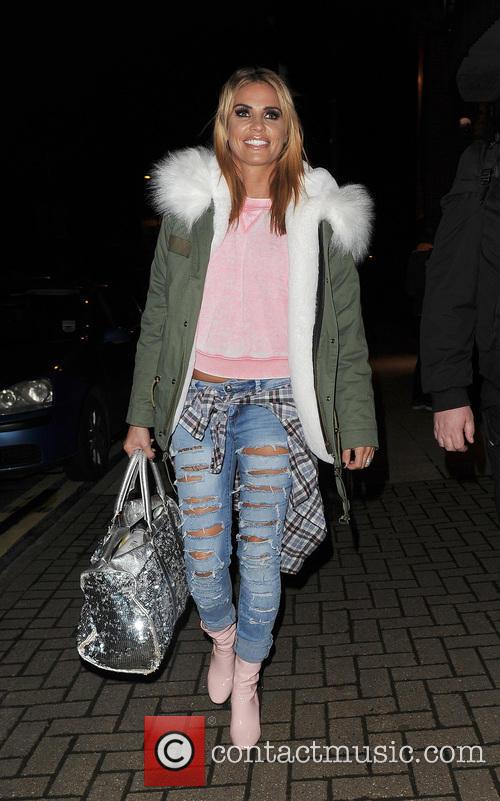 Could Katie Price become the next 'X Factor' presenter?

“I would defo present X Factor @ITV @SimonCowell @TheXFactor now that would be interesting,” Price wrote on Monday afternoon (February 22nd) to her legions of fans.

Tagging Cowell in the post indicates that she’s serious about the idea, while fans responded positively, saying “the ratings would fly up” while another described the idea as “fab”. Another said Price would be better off on the judging panel as Nick Grimshaw’s replacement, tweeting: “you would be a better judge.”

‘Celebrity Big Brother’ presenter Emma Willis is currently the favourite to be named as Murs’ and Flack’s successors Earlier on Monday, under-fire Murs announced that he too would be leaving ‘The X Factor’ after Flack had quit at the end of last week.

I would defo present X factor @ITV @SimonCowell @TheXFactor now that would be interesting ??????????????

He told The Sun that it was “an incredibly hard decision” to make but, although he had enjoyed his time on the show, “my heart belongs to music and I want to concentrate on my next album and performing.”

36 year old Flack also gave a formal confirmation of her departure. “I have had a brilliant time working on ‘The X Factor’ over the last few years, and hosting the main show was just fantastic, I made some amazing friends. I'm looking forward to carrying on working with the team over at ITV.”

More: Katie Price reveals she once attempted an overdose to try to win back ex-boyfriend Dane Bowers