Katie Price: I Don't Sleep Around

Katie Price does not think she has contributed to the over-sexualisation of children because she doesn't ''sleep around'' and prefers to be in committed relationships. 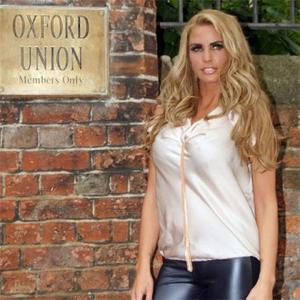 The 33-year-old star - who recently split from boyfriend Leandro Penna and was romantically linked to rugby star Danny Cipriani last week - doesn't think she sets a bad Example to her children Harvey, nine, Junior, six, and Princess Tiaamii, four, with her often revealing clothes and overt sexuality, because she is not bedding a different man every night.

She told the Daily Mirror newspaper: "Kids see these girls dressed in this provocative manner and want to copy them. It makes me angry, but it sells.

"To people who accuse me of in any way contributing to the over-sexualisation of kids, I say, 'What I have I done, sexually or otherwise?' I don't sleep around and I love being in relationships - I'm not interested in dating loads of guys or having one-night stands. And what I have done with Princess that's so wrong? What have I done generally?"

However, Katie - whose business achievements include a fashion line, horse attire range, several books and a self-titled magazine - was not shy to flirt with a student when she addressed the Oxford Union at the prestigious university yesterday (12.10.11).

Katie - who is also known by her alter-ego Jordan - also gave her opinions about unemployment stating her belief anyone can do anything they put their mind to.

She said: "There's no excuse for people to just get pregnant and stay at home. If you really want to do something and put your mind to it, it's feasible."

She also praised the students, saying: "You are our future in here. You must be so intelligent, so brainy and fascinating to be around."

In speaking at the Oxford Union, Katie joins an exclusive group including Michael Jackson, Sir Winston Churchill and Stephen Hawking.