Katie Price is not sorry she tweeted about her husband cheating on her with her best friend. 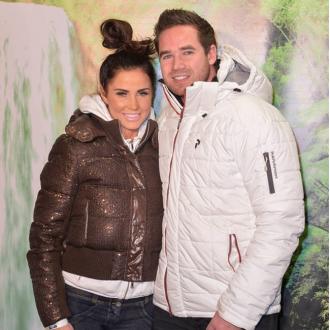 The former glamour model tweeted about her 28-year-old cheating husband Kieran Hayler's betrayal after she caught him and her best friend Jane Pountney together during a holiday in Cape Verde and even though they have moved on, Katie isn't sorry she told everyone about it.

Katie, 37, said: ''When I caught them on holiday, we were stuck on holiday for another two weeks, when I actually caught them kissing I didn't tweet anything then, the only reason I tweeted was because I had the lie detector people in my lounge and he failed it. And within two minutes I was like 'that's it, we're divorcing' because in my head, once I say something out there I stick to it.

''It's that kind of thing. I don't regret it at all, if anything I wished I could've said more. In my whole life, the only thing I ever regret was doing Eurovision!''

Kieran cheated on Katie with her two best friends, Chrissy Thomas and Jane and while she will never forgive the women, Katie is happy she gave recovering sex addict Kieran another chance.