She defended Sharon's recent remarks about Kate and Gerry McCann, labelling them "insane" to have left their children unattended the night their daughter Maddie disappeared.

Katie Price has defended Sharon Osbourne’s recent critical comments about the parents of the missing girl Madeleine McCann, saying that they were wrong to leave her alone on the night she disappeared nine years ago.

Speaking on her regular panel spot on ‘Loose Women’ on Monday (May 23rd), Price said: “It doesn't matter who you are, you don't leave your children.”

“I'm on Sharon's side. If you are on holiday, your kids sleep in buggies, why in your right mind would you leave your kids in a room? I don't care if it is a safe place or if you can see them or not,” she said, adding that they “shouldn't have gone on holiday if they wanted to leave them in a room.” 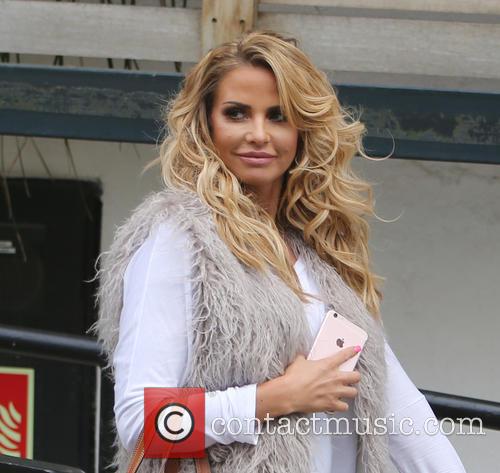 The in-studio audience applauded the former glamour model’s comments, while the official Twitter and Facebook outlets for ‘Loose Women’ were similarly in agreement with what Price said. "Well said Katie Price! Totally agree. You are saying what everyone else won't say, well done!" was a typical response from a Twitter user.

This came a few days after Osbourne’s comments last week on her US chat show ‘The Talk’ on the topic of whether it was acceptable to leave kids unsupervised, when she said that Kate and Gerry McCann were “insane” to leave their three infant children unattended while they had at a holiday resort in Praia De Luz, Portugal in May 2007.

Despite a massive international police investigation and a campaign by the McCanns, their daughter Madeleine has not been seen since.

A friend of the McCann family subsequently spoke to The Mirror, condemning the former ‘X Factor’ judge for her “ignorant, ill-informed comment” and that the parents have never forgiven themselves.