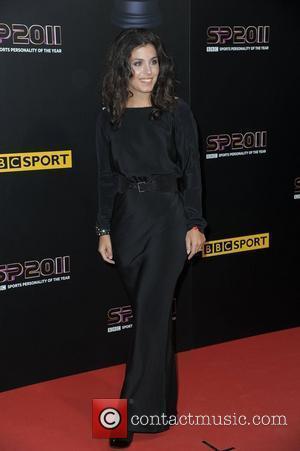 Singer Katie Melua is delighted she's set to wed her sports star boyfriend James Toseland after suffering a breakdown and a five-month battle with depression.
The Closest Thing To Crazy hitmaker will marry champion motorcycle racer Toseland later this year (12) after meeting him on tour last April (11).
The normally-private star went public with her romance in July (11), and they got engaged late last year (11). It followed a turbulent few months for Melua, who axed a string of concerts in 2010 after having "a bit of a breakdown".
A spokeswoman for the singer confirmed the happy news on Wednesday (18Jan12), telling WENN, "Yes, they are engaged."
A source adds, "Katie has had a really c**p time so meeting James and getting engaged has put a big smile on her face. She got ill in September 2010 and then was off work for five months, and the first thing she did when she was better was to go on tour. It was on that tour that she met James. They have been seen out at quite a lot of red carpet events and she looks really happy."
Melua and Toseland first stepped out as an engaged couple on the red carpet at the Bbc Sports Personality of the Year event in Manchester, England in December (11) - but onlookers failed to spot the singer was wearing a sparkling band on her ring finger.