Katie Holmes thinks she is an ''overprotective'' parent to daughter Suri, eight. 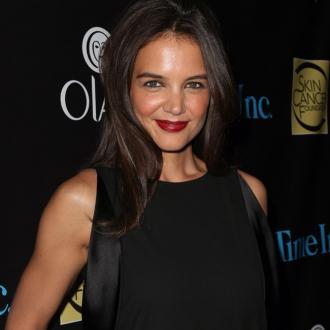 Katie Holmes is an ''overprotective'' parent.

The 35-year-old actress often worries about her eight-year-old daughter Suri - the star's only child with ex-husband Tom Cruise - when she is out and about so tries her best to make sure the little one is safe, but admits she does tend to go a little too far at times.

She said: ''Any parent has to watch everything that is going on around her child and I think I am a little overprotective because I'm always the one say, 'Watch out, there's a car ...'

''I try to be as informed as possible in terms of looking and listening to what's going on, and getting to know my child's friends.''

Katie admitted she isn't looking forward to teaching her daughter about the dangers of the internet but insists the youngster is too young for that chat at the moment so she just makes sure she monitors what Suri watches on TV instead.