Katie Holmes would dine with strangers

Katie Holmes would have dinner with a stranger in a restaurant if one of her fans wanted to have a long chat with her. 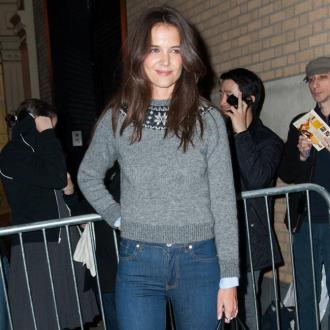 Katie Holmes would have dinner with a stranger in a restaurant.

The 'Giver' actress insists she doesn't have a problem going out in public despite her fame, and admits she would be prepared to sit down and have a meal with one of her fans if they wanted to chat to her over a long period of time.

She said: ''I go out with friends; we go wherever we want.

''I don't really worry about it. And if anybody wants to talk to me in a restaurant, I'll talk to them.

''I'll maybe even sit down and have dinner with them.''

When asked if she ever has had dinner with a stranger, she replied: ''Actually ... no. But I'm not saying I wouldn't.''

Katie - who has eight-year-old daughter Suri Cruise with ex-husband Tom Cruise - divides her time between New York and Los Angeles and admits she loves to relax and soak up the sun in LA but also enjoys the fast-paced nature of the Big Apple.

Speaking to HELLO! magazine, she added: ''I love them both in different ways. I love California for the peace and sunlight and space.

''And when I'm in New York, I love the energy of the city, because there's always the sense of, 'Ooh, there's something new happening!' - there's a new star on Broadway, a new restaurant opening.

''It always feels like I'm in an exciting place.''