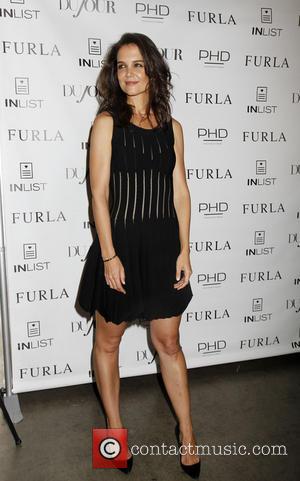 Katie Holmes has signed up to direct and star in the sequel to The Kennedys miniseries.

The actress played First Lady Jackie Kennedy in the drama, which aired in 2011, opposite Greg Kinnear as her onscreen husband, assassinated U.S. President John F. Kennedy.

The new four-part series will be titled The Kennedys: After Camelot, and is based on the book of the same name by J. Randy Taraborrelli.

Holmes has signed up to reprise her role, while she will also be executive producing the project and directing one episode. Filming is due to start next year (15) ahead of a 2016 premiere.

Stan E. Hubbard, Chief Executive Officer of America's Reelz network, says, "Katie elegantly portrayed Jackie Kennedy in the first miniseries and now will continue the role as Jackie grows into the Jackie O that the world knows best... Katie is brave, committed and perfect for this role. She is a strong, talented woman who understands how special and respected Jackie Kennedy, and then Jackie Onassis was, as an international icon."

The show caused controversy over its alleged historical inaccuracies, but won a number of Emmy Awards including an acting prize for Barry Pepper for his portrayal of Robert F. Kennedy.