Katie Holmes to replace Nigella Lawson on The Taste?

Katie Holmes is apparently being considered as a replacement for Nigella Lawson on the third series of cooking competition 'The Taste'. 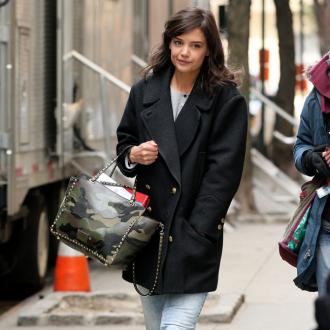 Katie Holmes could be set to replace Nigella Lawson on 'The Taste'.

The former 'Dawson's Creek' actress is reportedly being eyed by producers on the culinary contest ever since the chef's place on the third series of the show was thrown into jeopardy when she was refused permission to board a flight to Los Angeles after confessing in court last year that she has taken drugs.

A source said: ''Producers of 'The Taste' are looking to replace Nigella. They're keen to hear more about how Katie's planning to reinvent herself as a Martha Stewart-style culinary guru.

''It's very early days and it all depends on what happens with Nigella, but Katie is very excited and would jump at the job if it came available.''

Katie is said to be keen to launch a new career and has been in talks to make a TV show about her love of food and cooking, and sees working on 'The Taste' as a step in the right direction for her new image.

The source added to Britain's Grazia magazine: ''A meeting is planned for when she is next in LA. Katie wants a new career, loves food and is in talks about writing a cookbook. And obviously she's great on camera.''