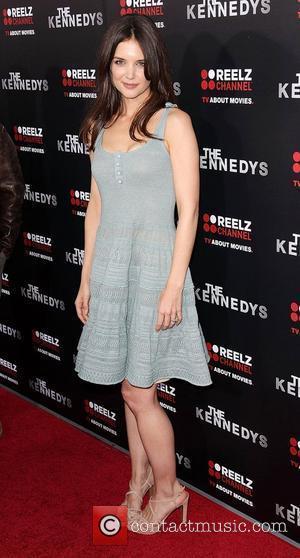 Katie Holmes has settled her lawsuit against the publishers of Star Magazine over a cover story that suggested that she was a drug addict.

According to The Press Association, the magazine has published an apology to the Batman star on its cover and inside, stating that it 'did not intend to suggest that Ms Holmes was a drug addict or was undergoing treatment for drug addiction'.

The 32-year-old actress had sued American Media last month over their January Issue that had a cover headline reading 'KATIE DRUG SHOCKER!'. Holmes had been seeking more than 50 million dollars (£30.3 million) in lawsuit damages. Star Magazine originally stood by its story, expecting the case to be dismissed, but now has apologised 'for any misperception' by making 'a substantial donation' to charity 'for any harm that we may have caused'. Whilst financial settlements were not revealed, Holmes disclosed that she had accepted the apology. Holmes will be donating her settlement to Dizzy Feet Foundation, an organization that helps underprivileged children pay for dance classes.

The star, who is married to Tom Cruise, has recently appeared in the controversial HBO series 'The Kennedys'. She is set to appear in the Dennis Dugan comedy 'Jack and Jill', alongside Adam Sandler, later this year.