Haircuts And Headgear Were All The Talk On The Red Carpet At The Met Gala In New York On Monday (04may15) As Katie Holmes Rocked A New Bob And Sarah Jessica Parker Wowed With A Flame-effect Philip Treacy Hat. 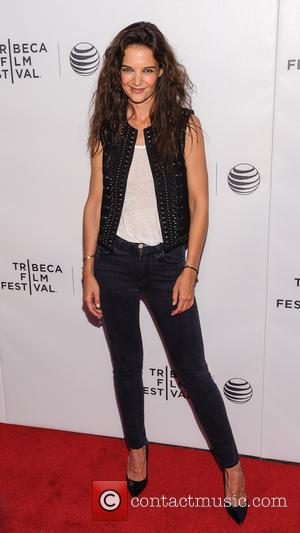 The celebrity fashionistas put on quite a show for the paparazzi as they arrived at the annual glamour bash on Monday evening, but all eyes were on Holmes, Parker and Anne Hathaway, who topped off an Oscars gold outfit with a hood.

Holmes' new short bob sparked debate as to whether she chopped off her long locks or was simply wearing a wig to the Metropolitan Museum of Art with pal Zac Posen, who designed her sparkly midnight blue gown.

And Parker, who is often the star of the event, stunned with an one-shoulder black gown which she designed in collaboration with designers at popular retailer H&M. She topped it off with an elaborate Treacy number, that made it look as if her scalp was ablaze.

Other stars showing off daring haridos and accessories included actress Emma Roberts, who added chopsticks to her slick bun, Katy Perry, who rocked a pixie cut, and Miley Cyrus, who was bold in her blue dyed hair.