Even though her divorce from Tom Cruise was almost two years ago, the 35 year-old actor doesn't have time for dating because she is happily "focused on motherhood and work right now. 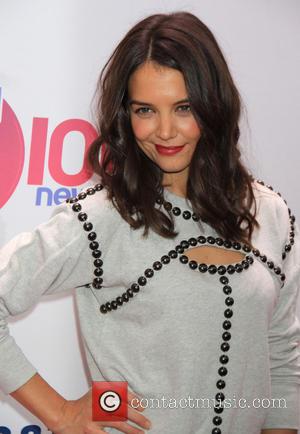 Katie Holmes is a proud mother! It has been almost two years since the 35 year-old star went through a well-publicized divorce with Tom Cruise, but she has not being able to find a new man.

However, this isn't something that concerns Holmes as she is happily "focused on motherhood and work right now."

Holmes is the mother to one daughter, Suri, whom she shares with Cruise.

This revelation came when the 'Batman Begins' actress spoke candidly of her personal life to Glamour's August 2014 issue, which she features on the front cover of, posing topless.

While showing off her desirable figure in a pair of tight denim jeans and looking seductively into the camera, Holmes told the magazine, "I have a tightly edited closet. I like what I like. And I repeat a lot. But I'm always comfortable in jeans-I feel like I can really do anything when I'm in them."

But things became more intimate when she spoke openly about how her 8 year-old daughter comes above everything else, even when finding a new hubby.

"I am really focused on motherhood and work right now," the single mother admitted. "Motherhood is the greatest gift, when I became a mother, my life completely changed."

"I've seen Frozen a lot," she explained. "But the biggest change? I think you don't know-I didn't know how much love I had in me. It's overwhelming. Every day I discover more about this spectacular human being I get to be the mother of."

Holmes even confessed that being a parent has taught her some new dinner recipes. "Plain pasta with butter is a hit," she said. "Chocolate-chip pancakes are a hit, together with chocolate-chip cookies. I do a homemade chicken finger. That's a hit."

And even though her family have lived for many years in the public spotlight, Katie will always make sure her child has as much normality as possible.

"My family has been so crucial to my outlook on life. I started acting at 17 and had success at an early age, where all of a sudden people knew who I was," she said. "But my parents always treated me the exact same way at home and reminded me of gratitude. And that's been a grounding force."