Katie Holmes has been cast in 'The Woman In Gold', a biopic about holocaust survivor Maria Altmann, who'll be portrayed by Dame Helen Mirren. 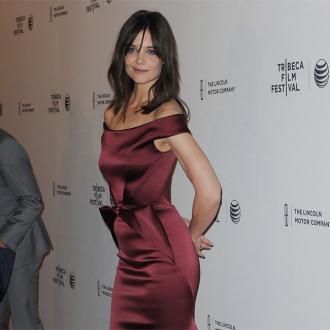 Katie Holmes has been cast in 'The Woman In Gold'.

The film follows holocaust survivor Maria Altmann, played by Mirren, who fought the Austrian government to regain possession of five paintings by Gustav Klimt - known as a symbolist painter - that were stolen by the Nazis during wartime.

Reynolds has been cast as the attorney who takes on the case, while Bruhl will play his adversary, in the forthcoming film which is set in 1998, scripted by Alexi Kay Campbell.

David Thompson and Kris Thykier are producing and Harvey and Bob Weinstein, Christine Langan and Ed Rubin are acting as executive producers.

Altmann's story has previously been recounted in documentary films including 2007's 'Stealing Klimt', 2008's 'Adele's Wish', and 'The Rape of Europa' which was a documentary about the Nazi plunder.

Holmes - who previously starred with Mirren in 1999's 'Teaching Mrs. Tingle' - will next hit the big screen in 'The Giver'.