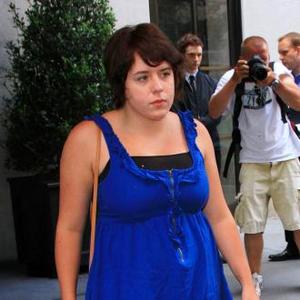 Katie Holmes fired Tom Cruise's daughter ''out of the blue'' two months before she filed for divorce.

The former 'Dawson's Creek' actress shocked Isabella Cruise - the actor's 19-year-old Offspring with ex-wife Nicole Kidman - when she dismissed her from her duties at clothing firm Holmes & Yang and insiders claim the shock move was part of her strategy leading up to last week's separation announcement.

A source said: ''There was never any trouble between them. Bella called Katie 'Mom'. She was fired out of the blue, and once Katie filed for divorce, it all made sense. This was a carefully planned ambush. Katie didn't want Bella working for her anymore because she was Tom's kid.''

Meanwhile, an ''independent Scientologist'' who left the church in 2004 and was the person who audited Tom when he joined the organisation has advised the actor not to fight Katie in any of her divorce demands, including her petition for sole custody of their six-year-old daughter Suri because a public battle could destroy The Cult forever.

Marty Rathbun - who regarded as one of Scientology's most powerful members during his 22 years as part of the church - told The Hollywood Reporter: ''Katie could blow Scientology wide open.

''If Tom's smart, he won't fight her on anything, even custody. He should just try to settle his way out of it.

''She could press this sole-custody issue and litigate it, and that would be the biggest nightmare in the Church Of Scientology's history. It would be a circus they couldn't survive.''