Katie Holmes has reportedly enjoyed a string of dates with George Clooney. 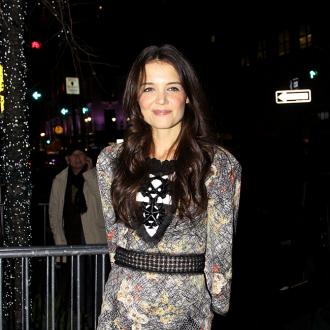 Katie Holmes has reportedly enjoyed a string of dates with George Clooney.

The 34-year-old actress - whose recent romance with her 'Mania Days' co-star Luke Kirkby is said to have ''fizzled out'' - was a guest at the hunky actor's 'Gravity' premiere in New York earlier this month and came after the pair enjoyed several intimate dinners after bonding at a friend's recent dinner party.

A source said:'' Katie and George have known each other for years. They met through her ex-husband Tom Cruise and have always got on.

''Katie has had a crush on him for ages. They're both single and have met up a couple of times since the dinner party.

''Katie really has her sights set on him. There is a genuine connection.''

However, insiders insist that the romance isn't serious.

The source added to Britain's Grazia magazine: ''Katie and George are having a lot of fun. They are enjoying their new flirtation. He's a fun guy with buckets of charisma and Katie loves his company.''

Katie was recently romantically linked to another of Tom's friends, Jamie Foxx, but the actor-and-singer has dismissed the speculation.