The 35 year-old actress's career is currently experiencing a resurgence.

Katie Holmes' movie career took a step back after giving birth to her and Tom Cruise's daughter Suri in 2006, but now the 35 year-old actress is back on track, and seems to be busier than ever, showing why she should be considered one of Hollywood's lading actresses. 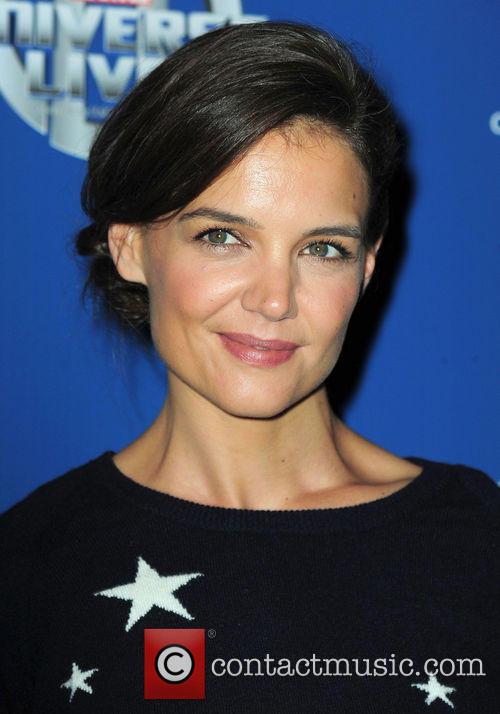 Holmes, who divorced the 52 year-old actor two years ago, recently opened up about her younger acting days, motherhood and her recent career resurgence in the fall issue of DuJour magazine, of which she features on the front cover of.

More: Katie Holmes Opens Up About Motherhood Being "The Greatest Gift" And Changing Her Life

"Even early on, when I was a young actor and all of a sudden people knew who I was, my dad told me, 'Don't let that change how you live your life.' I've always sort of approached it that way. You have to continue to do the things you want to do and not let outside forces dictate," she told the mag.

"I think I've gotten more comfortable with acting over time. Early on, I could never get out of my head. I'd be thinking, 'I have to get the job.' And even when I had the job, I was afraid that I was going to get fired, or I just had the mentality of, 'I need to be good enough,'" she added. "But the more projects you do, the older you get, the more life experience you get, you start to understand storytelling better. So you're a little bit more confident going in. You're not afraid of getting fired: You just want to contribute."

Holmes also explained why she has been out of the public eye in recent years, especially when her 8 year-old daughter was much younger. "I totally admire women who go back to work six weeks after giving birth but when she was little, I was not ready," she explained. "I was a very nervous mother - like, sleeping next to her crib - and I was in that mode for a long time."

During her marriage to Cruise, the 'Giver' actress only worked in a handful of projects, but she only puts this down to having "the life of an actor. We don't really have a lot of choice in the matter. You have dry spells, and then you have times when there is a lot of opportunity."

"It's been an interesting journey. Even when I was young, I was like, 'I hope I'm taking all of this in,'" she concluded.