If the 35 year-old actress misses an item off her young daughter's Christmas list, she realizes there will be "years and years of hearing about it, and then probably therapy."

It seems Christmas time is going to be very busy in the Katie Holmes household as she has to prepare for what her 8-year-old daughter Suri, whom she shares with ex-husband Tom Cruise, is expecting from Santa Clause this year. 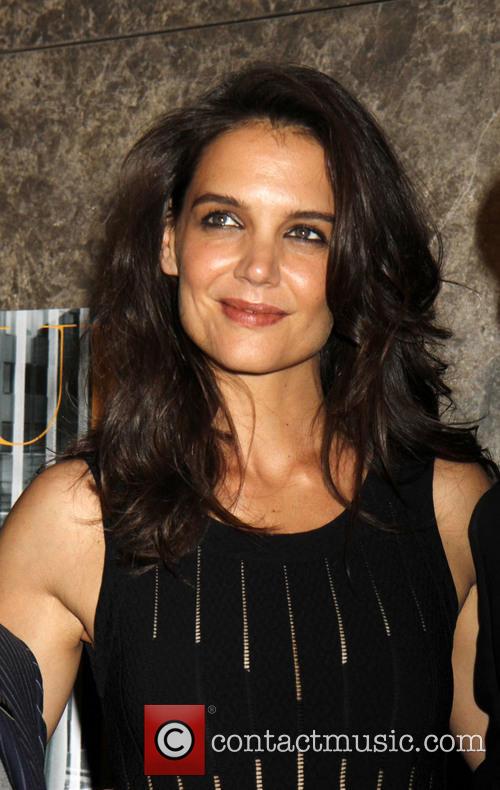 Holmes will be checking her daughter's list twice this Christmas!

Holmes appeared on 'The Ellen DeGeneres Show' on Monday (Nov. 24th), and admitted to the host that she is felling rather anxious about the approaching holiday season, mainly because of Suri's detailed Christmas list.

"We are getting ready for Christmas in my house," the 35-year-old actress told DeGeneres. "My daughter's 8-years-old, and she already has her Christmas list ready. It's written out. She's very organized."

More: Katie Holmes Opens Up About Tom Cruise Divorce, "I Don't Want That Moment In My Life To Define Me”

But this is no laughing matter, her daughter is very precise in what she wants from Santa and Holmes is starting to feel the pressure.

"I start to, like, get a little bit of a panic because you cannot screw up talking to Santa," Holmes admitted. "You cannot miss any item on that list, because if you screw that up, that's years and years of hearing about it, and then probably therapy."

"Now, wait," DeGeneres promptly said. "Is she abusing Santa? Does she have a long list of things? Or is she practical?"

More: Katie Holmes Will Portray Jackie Kennedy For The Second Time In New 'The Kennedys' Miniseries

"She's practical, she's just very specific," the Hollywood starlet replied. "Like, 'I want a puppy, and then I want a pink collar that has sparkles on it that says the puppy's name. Then I want shoes for the dog...Then I want a purple clip.' Like, it's all very detailed."

But not to worry as Ellen has the perfect gift for young Suri. "You know what children love is my holiday CD," the host joked. "Children love it. It's the only holiday album you'll ever need, volume one."